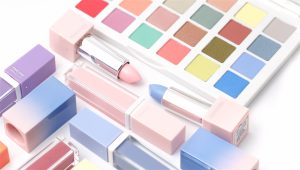 There were two 2016 Colors of the Year from Pantone. Can you recall either of them? For the record, they were Rose Quartz (pale pink) and Serenity (pale blue). Those 2016 Colors were the first time Pantone had announced two colors. 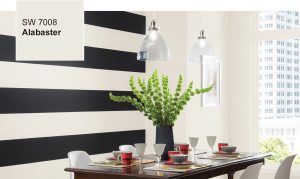 2016 Colors from Sherwin Williams (Alabaster) and Benjamin Moore (Simply White), both paint companies, were even more neutral than the Pantone choices, but were put forward as antidotes to everyday stress. Pantone sought balance between warm and cool tones, each company wanted to convey peace and tranquility. It is not uncommon to see the color trends reflected in both home and fashion, although hue and shade may differ. 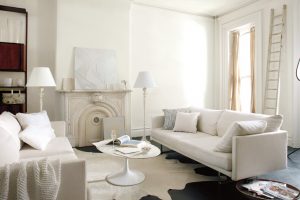 In fashion we saw Rose Quartz and Serenity reflected throughout the year, mostly in the form of pastels and soft tones.  To be honest, I don’t recall the two colors having a huge impact visually in what was being offered in fashion. There was a decided preference for neutrals and pales, but not necessarily pink and blue.  I found it interesting that gender fluidity was referenced by Pantone–in support of two colors that, at least in the last 75 to 100 years, have been the most gender-associative colors we know.

For some in the interior end of the design world these colors brought up horrors of decades past (recent enough for authors to have memories of them) while in fashion the color was often leached out to make the two colors less of a presence and more a hint of color. The resulting pale shades fit into a serene palette. 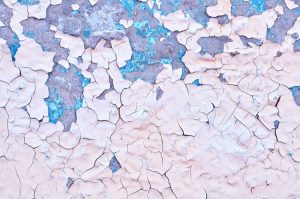 Shutterstock put together a wonderful presentation of photographs showcasing the two 2016 colors, which makes them inspiring and accessible.  Perhaps this is what Pantone’s Color people had in mind when they were picking the two colors? The photos have a life and color excitement that is decidedly missing in the swatches.

The choice of Greenery for the 2017 Color of the Year in fashion is a return to more saturated color which I think will create a little more excitement.