Isn’t that just the totality of knitting? Or is it the broad space in-between the beginnings and endings? Most of us have no trouble with the beginnings; however, the endings can be problematic. 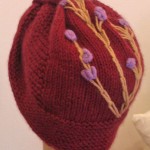 I knitted this a couple of weeks ago. I drew this to help me see what I planned to do.

Now I’m not much of an embroiderer, so I guess that is probably what slowed me down, but I just kept not doing it. I wanted to give it to the person for whom it is intended today, so I finally got my stuff together over the weekend and sat down Sunday night and finished the embroidery. 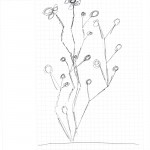 But I started that project with the intention of finishing it in a couple of days. I finished the knitting a little later than planned, which meant I missed the next opportunity to give it to the recipient, which then meant I put it aside to work on other things. Never a good plan. 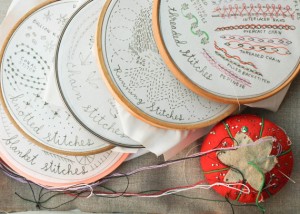 I ordered this because my embroidery (last done with any focus when I was about 8 years old) is very rough these days. It was then too, but my mother forced me to finish my pillowcases for a gift. I think I still have a bit of a block, but now I’m interested. I thought a subscription might suit me because there would be some anticipation of beginnings, but hopefully some pressure to the endings (I have only one hoop!). I got notification that it shipped on Monday. 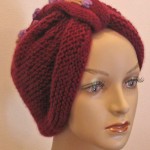 To finish the Chocco I had to look up the bullion stitch. I always do. I love it, but for some reason can never get it quite right. I think I did one absolutely correctly and the rest are adaptations. I was too stubborn to go back to the instructions.

As you may recall, I struggled with the Esperance Cowl. *Too many stitches, then too few; repeat from *. I finally got it right and it was easy to work once that happened. I don’t know what it says that I got it right while enjoying my Friday martini. Now it is going well and has had to be put aside while I get a couple of projects going to knitters on track. Swatches required. So I will go into my Winter Finishing Season with a project still going. I am planning on a lot of endings, even though nothing has gone as planned the past six weeks. 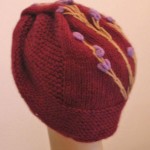 For every ending there should also be beginnings, so I have a quick project that I am going to cast on to knit when I have done my daily finishing assignments. I have rescheduled my finishing because I didn’t get to anything before the Finishing Season began, so I will have to do it all in the two weeks assigned.

Thank goodness for knitters who get me through many more projects than I would every get through on my own.