Sometimes I get so busy getting things done that I forget to talk about it. Or, more realistically, I am just so overwhelmed by all the doing that I don’t really have time for doing one more thing, like blogging. That’s where I’ve been the past week. Busy doing. 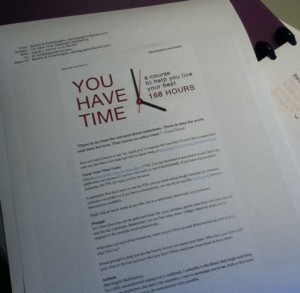 All of it has been good: I’ve gotten a couple of major projects moved forward. I am doing some work on becoming the organized and fabulous person I want to be (boy does that take time!), I’ve gone to a baseball game (can you say three hours of knitting!) and celebrated our 25th wedding anniversary with my spouse. And all the other stuff that has to be done.

On Friday afternoon I made pudding for our Pilates instructor who had had two wisdom teeth and a molar removed earlier in the week.  My plan was to leave the pudding when I picked Mitch up on Friday evening.  I don’t think I’d ever made pudding, but I had a memory of that chocolate pudding that my mom occasionally made when we were kids.  So that was my plan.  Pudding is easy to make and only got slightly complicated because I started with too small a bowl.  All was good when I put it in the oven under foil to steam.  I took the timer to my office so I wouldn’t miss it.  It went off, and then the phone rang.  It was an unpleasant call.  I forgot about the pudding.  When I remembered, probably an hour later, I expected the pudding to be smoking.  But, it was safely in a bath of water, and instead of pudding, had become “bread pudding” or pudding cakes.  I determined that the resulting cakes were edible, so removed them from their little pudding dishes and cooled them.  I gave six of them to Keegan, Mitch and I sampled them for dessert Friday, and I gave the rest of them to my mom to share with her coffee group. 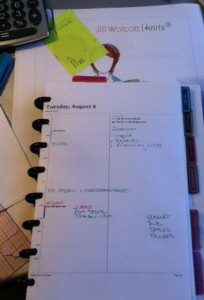 Part of my organizing process is taking an online micro course called You Have Time. We’re on day 3 and I have had a couple of interesting revelations about my behavior. What I have always taken for sloth is just lack of focus, and over-optimism. Both seem to be conquerable, where sloth, really, isn’t.  So I’m keeping track of my time, I have chosen a goal to focus on to polish my skills, and I have created a schedule for myself.  I pretty much follow this schedule anyway, but I find that visually being able to see just where I have time to work on projects I want to work on is really valuable.  So this is ongoing, but it feels really good!

Oakland As v. Texas Rangers.  4 to 2.  3 hours of baseball sitting in a skybox meant I had almost 3 hours of knitting after scarfing down a hot dog.  We left the house at noon on Saturday and walked to Muni Metro, then transferred to BART and rode to the Oakland Coliseum  Station, where there is a skybridge to the Stadium.  Even though the Guest Services person sent us the long way around, we were in our seats by 1:10 pm.  It took more than an hour to get home.  Muni seems unable to keep trains moving appropriately on Saturdays and the walk from the train is uphill, not downhill. 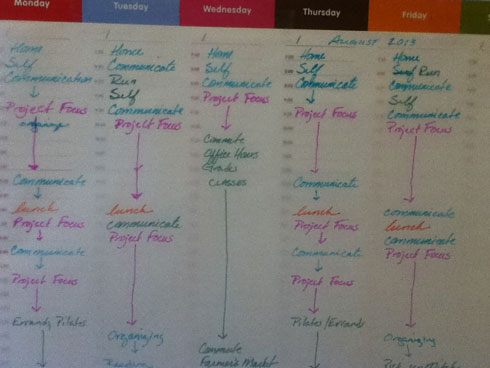 Saturday night we went to Benu for dinner.  Dinner is a long process when there are 10 or 11 courses.  Long and short of our conversation about how to be happily married for 25 years:  1) be committed, 2) be grateful that the other person does stuff that you don’t want to do, 3) don’t hold it against the other person that you do stuff that they don’t want to do.  Beyond that, we enjoy each other and think the other one is funny and entertaining.  I would add:  don’t keep score.  Mitch also does thoughtful things like buying me a bracelet to commemorate the event.  Even though I have broken similar bracelets at least five times, and one of those times I lost all but one of the stones in the bracelet.  Sigh.  It was too expensive to replace, but he got me another one to replace it.  I’ve broken the replacement twice.  Seriously, I think it is just because they aren’t strung for regular wear.  I carry stuff, I get hot, I write at my desk.  I love them, but wish they’d string them with something that could withstand my daily activities.  So I’m resolving to not wear them to Pilates, to the farmer’s market, or when I know I’m going to be carry a bunch of stuff.

Today when I went to take a picture with my camera the battery was dead. That happens. That’s why I have two, and why when I change the battery I charge the dead one. Right then. So why when the battery that was in the camera was dead was the one in the charger also dead? I’m thinking these batteries are both nearly history. I’m a little irritated that the newer one is crapping out. The original battery is about three years older, so you would think that the newer one would have plenty of life left. But apparently not. Well one of my phones has a dead battery, so I guess I go to Radio Shack tomorrow.

So those are the high points.  I’m nearing the finish on a shawl I started a few weeks ago and picked up in between swatch projects.  I have figured out the lighting so I can do videos on finishing Blue Canoe.  Otherwise, we just keep creating stuff here.