Fasten Off Featured Patterns from my catalog. Use the Links below to go directly to the shop page for each pattern.  During the FO2020 sale period, each of these patterns is 25% off.  If you are outside North America, please go here (to Payhip) where they handle VAT.  These are also available on Ravelry.  The Shop page for each has all the sizing, gauge, yarn, and other pertinent information you will need. 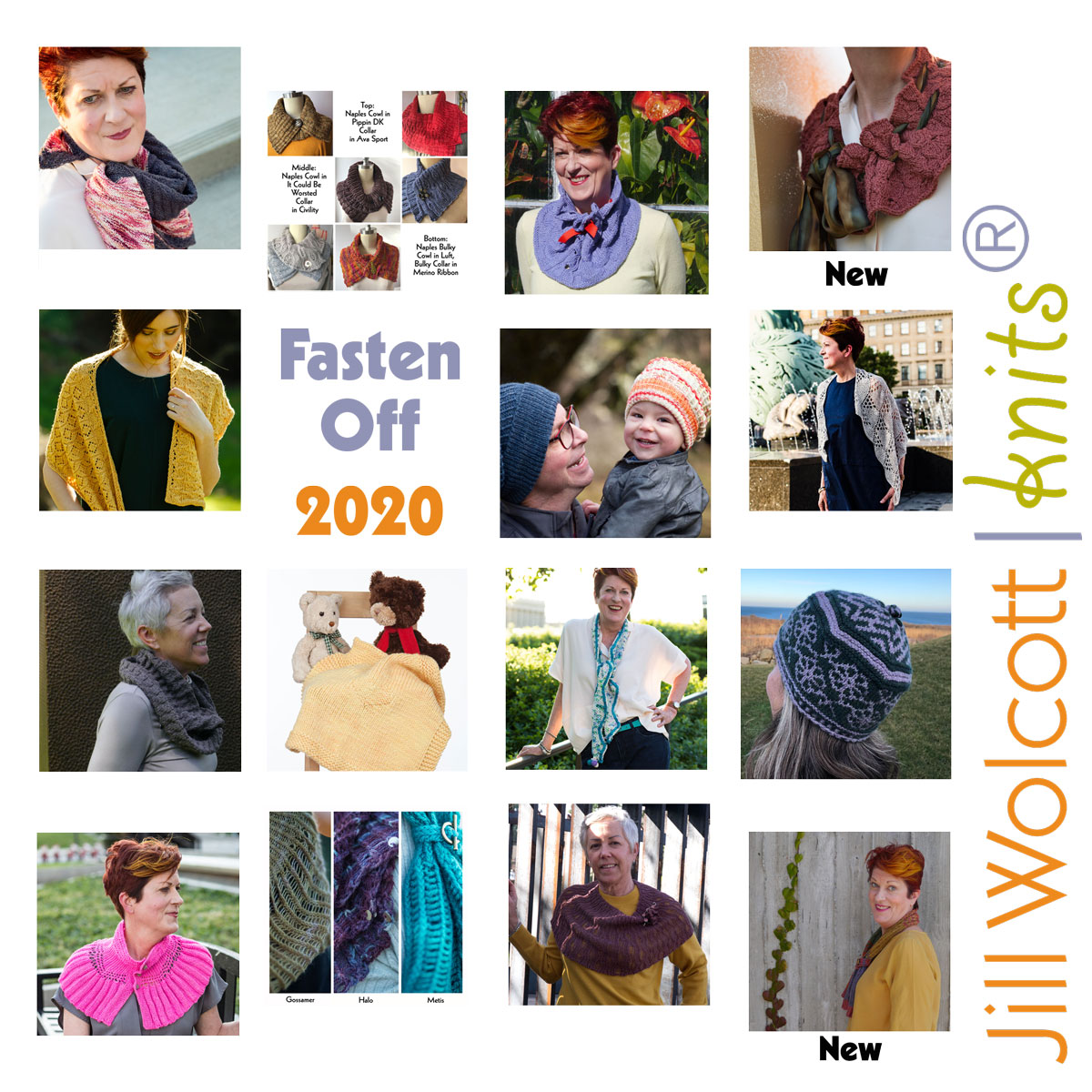 Below are quick links to these Featured Patterns. 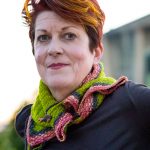 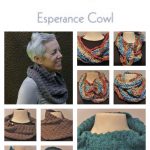 Esperance Cowl:  Sport & Sock  $8 / Released 2014.  I’ve had a lot to say about Esperance: Styling, Tutorial, Adventures, Roundup.  I do this one whenever I want to knit up a yarn, but don’t have a pattern with me. The pattern is for Sport and Sock, but I’ve done it at almost every yarn weight!

I haven’t incorporated Somerset into my life yet, but the others are worn regularly. 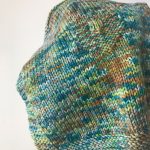 Queenstown Hats:  4 weights, 4 variations, all in sizes for the entire family.  $18 / Released in 2020.  Suitable in a luxury yarn, or in a yarn suitable for hard wear.  Designed to be gender-less and yarn agnostic.

Tangiers:  Worsted, single & 2-color  $10 / Released 2018.  This is perfect as a scarf or wrapped as a cowl.  Embellishment instructions provided.

Kaikoura Cosy:  / Released 2019.  More dropped stitches!  Done in-the-round, this is a great travel project to knit (and to wear). 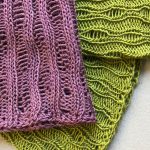 Kormt:  Worsted  & Sport $12 / Released 2020.  Sister to Kormt, this is worked flat and designed for one skein, but with an add-on for extra depth.  Another one that has unlimited styling potential. Cannot decide if it is a cowl, a collar, a shawlette, or a scarf.

Southeast Light Hats:  Sport in 5 sizes $8 / Released 2019 in conjunction with North Light Fibers.  Delicious yarn.  I don’t do a lot of stranded work, but these are awesome!

Ischia Scarves:  3 variations in 3 or 5 sizes, 3 yarn weights  $15 / Released 2020.  Although I love all the versions, my favorite is the Afghan Cashmere (also done in Cashgora) made for my husband.  He weights one of them nearly every day during cold weather as he reads or works.  Just a little added warmth.  I love that he wears them, because I don’t do much for the guys.