This month I am introducing you to Holly Chayes, knitwear designer, maker, and thinker. These monthly features of other creative businesses are a way for all of us to get to know these wonderful businesses; It has been a long-time interest of mine to explore how other creative people make their way as professionals.

Introducing Holly Chayes through Who? What? Where?

Holly Chayes, I love the things you do—but let’s focus on the knitting part today. 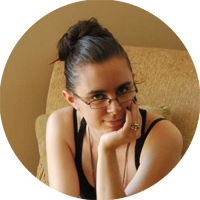 Who? Can you reflect a little on who has been important to you as a knitwear designer?

A: There have been tons of people who have influenced me as an artist and designer – from Kaye who re-sparked my interest in costume design, to George who was my mentor throughout college, to my best friend in high school who originally roped me into costumes, to my great aunt who taught 8-year old me to embroider (I wasn’t really into it at the time), to my mother who originally taught me to knit and sew in the first place. 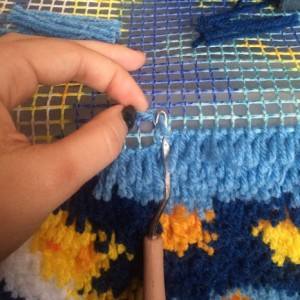 But the people who have had the most influence on my knitwear design, have to be all of the amazing women who form the community around Knitty City, a local yarn shop here in NYC.

Pearl, the wonderful proprietress, has built a truly wonderful community around her shop. Ever since I started knitting I’ve experimented and explored, and made things up, and played with stitches, shapes, colors, anything that could be played around with. But it was the ladies at Knitty City who encouraged me to take my designing to another level – and who really fueled my love for indie dyers. The friends I made there were the first to see some of my all time favorite designs come together. (Tumbling Deco, Eirwen, Kora).

I love that you have had important people throughout your journey. Often we forget that unrelated or tangentially related things bring us to where we are!

What? So now, what makes you do what you do?

A: I’ve been knitting and sewing and creating my entire life – at this point, it’s just part of who I am. But everything I do is fueled by an insatiable curiosity and a continual asking of “what if?” combined with “why?”

I love asking “what if?” because it prompts me to think outside of the box, and to move past the first, most obvious answer. And I love asking “why?” because, when asked gently and with loving curiosity, it covers underlying connections and patterns that you never could have guessed were there. 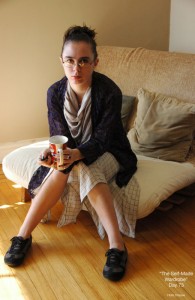 For example, my self-made wardrobe project, which was a project in which I wore 100% made-by-me-for-me clothing for a whole year, was prompted by the question “what if I just tried this crazy project, is it even possible?” what would that look like? How would the project influence my life? How would my life influence the project? What would I end up wearing? What about winter? Is this even possible?

It turns out that the project is possible, I ended up wearing a lot of skirts and knitting a winter coat, and I probably couldn’t have done it if I worked in an office or didn’t a background in costuming shows with limited budgets and no time.

While the Shawl Geometry books started with the question “what if I didn’t need to spend 10-15 minutes at the beginning of every shawl project re-remembering whatever shawl shaping I was going for?” That prompted me to start swatching and compiling shawl shaping as a reference for myself. Since I was already doing the work I figured I might as well share it, which prompted the blog series, which prompted the books themselves.

I thank you for Shawl Geometry. I too used to have to start with that question—but now I have Shawl Geometry and Shawls to Play With. It is fun to look through them randomly as I see different things each time!

Where? If what drives you into a project is a questions, is there a place related to all this? 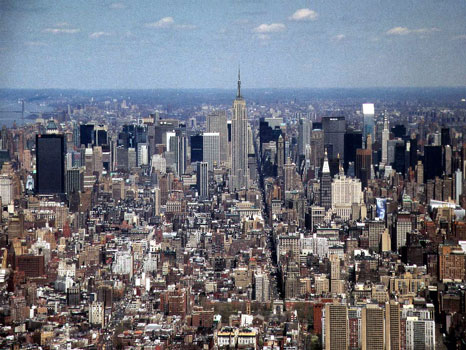 I love the life, the vibrancy, the unexpectedness, and the contradictions of New York City. The history is right there, people are intense, and everyone is moving a million miles an hour towards something that they think is important.

At the same time, I’m actually smack in the middle of planning an extended trip over to the west coast at the beginning of 2016. It’s a trip for getting out of the city, recharging, re-centering, and embracing the “resting” part of the creative cycle. 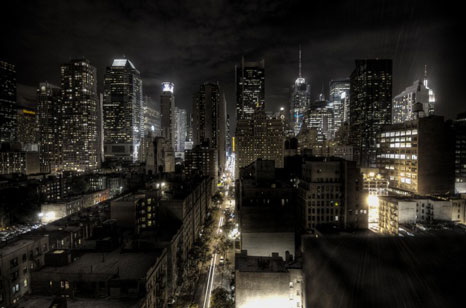 I love New York, but I am fairly certain that I am better as a visitor than I would be as a resident. Whenever I think New York, I think “the city that never sleeps”.

Next? What question are you exploring now, if you can tell us?

A: Right now, I’m working on an ebook about color theory for knitters (and other crafty types of people). It’s currently in a state of spiraling towards exiting the anything-is-possible idea phase and landing in reality. At the moment, it’s a bit like pinning down jello, but it’s getting there. My hope is that this book can act as a reference guide for knitters who want to get their feet wet with working with color, and for knitters who want to move past expected color combinations and take their colorwork to a whole new level.

Color is such a huge thing that I can imagine some difficulty in finding what direction to take.

While you are working on that, I will check back with you later this year to talk about your Self-Made Wardrobe Project.