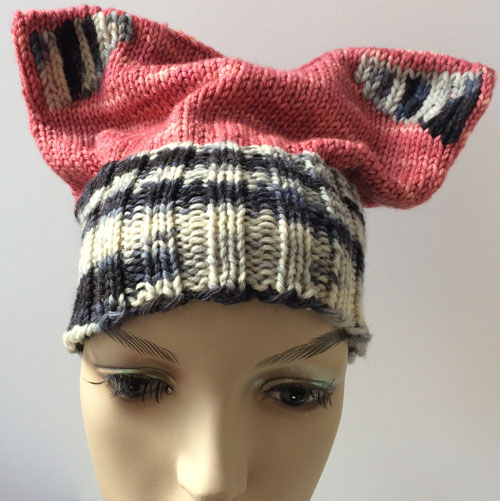 I had to refresh how to duplicate stitch last week when I was adding it to the ears of one of my Go High Missoni hats.  It isn’t that I didn’t know how to duplicate stitch, it is that I usually am not doing it on the front of a piece in contrasting yarn. Like all things we don’t do often, a little practice was needed. This is without blocking.

How to Duplicate Stitch 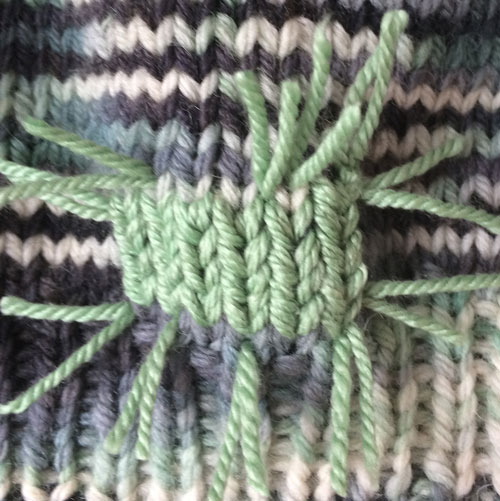 This lead me to updating my duplicate stitch technique page, and thinking a little more deeply about the how to duplicate stitch.  I began to wonder why we don’t duplicate stitch purls. It wasn’t too long before I realized that is not as easy as doing a knit stitch.  Not impossible, but more steps, completely not intuitive, and made me wonder if that is why it isn’t used.

When I Usually Duplicate Stitch 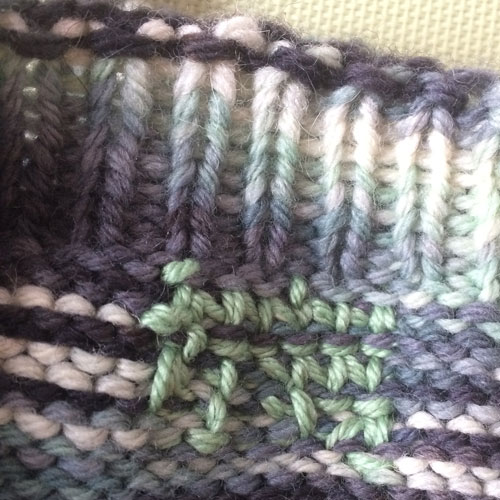 Most often I am duplicate stitching on the back of a piece to work the ends in.  It is an excellent way to anchor a yarn tail.  When doing that, the key is to make it not show on the front side.  Often it is over a purl stitch, not a knit stitch.  But, I don’t have to cover all the bumps when I’m doing this.  It is done to hide and anchor an end, not to cover a stitch.

There are multiple applications for duplicate stitch.

In argyle the duplicate stitch adds the “chicken feet” or individual stitches of a third color.  Done on a diagonal it is easier to add the color in this way than to carry the yarn for that single stitch–which would have to be anchored later. 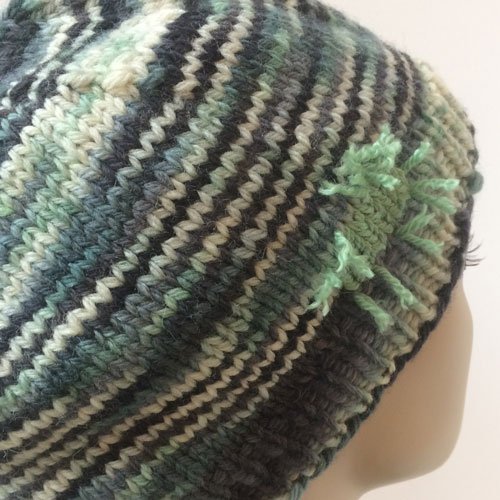 Duplicate stitch is generally done for surface interest and to add color within an intarsia design.  Again, carrying a color only used occasionally is often more work than desired.  Adding duplicate stitch adds a layer of yarn, so it does become a texture as well as stiffening the fabric where it is used.

I don’t know that anyone but sock knitters darn anymore.  If you do notice that a stitch is wearing out it is much easier to darn with the remnants of a stitch still in place than to create a stitch in the space, so duplicate stitch not only repairs, but allows you to follow the trail of the original stitch for accuracy.  When darning there is usually a stitch or two done over the adjoining fabric to integrate the new with the old–essentially duplicate stitch, but usually in the same color. 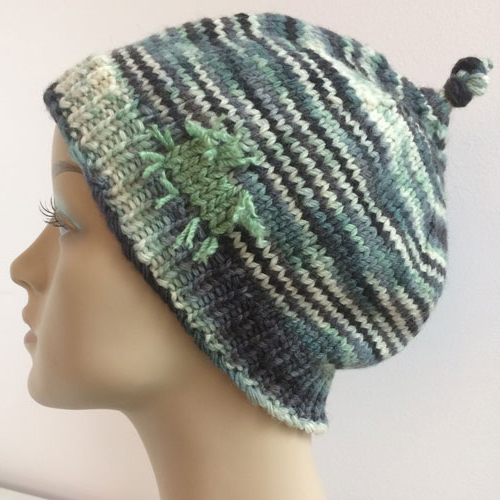 You can use duplicate stitch to add color anywhere.  It is often used, at least in part, when making initials, adding a name, or other writing that might not fully adapt itself to knitting.

As I wrote about darning I thought how cute it might be to make a patch on purpose.  I used some silk/merino to create a patch on a wool beanie.  The patch also works to draw out a color in the hat!