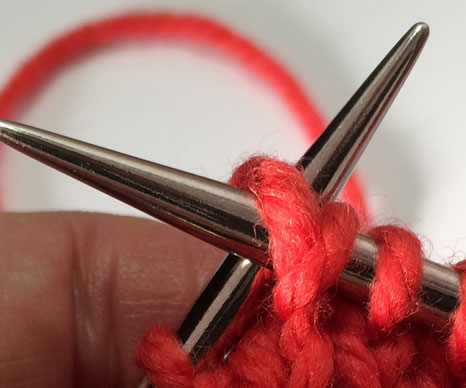 Increasing by Knitting into Front and Back (k1-fb) 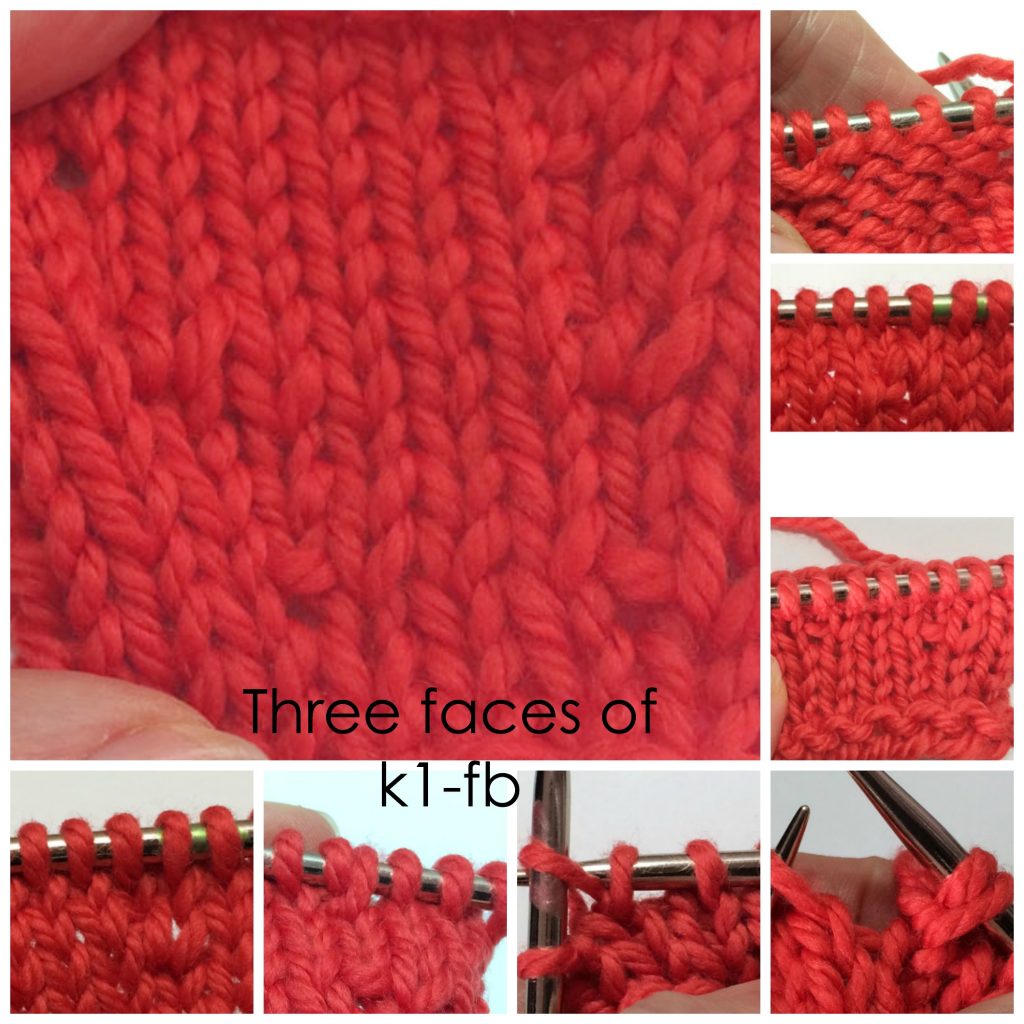 You can see from my photos that you get varied results, depending on where and how the increase stitch is made.  These three methods are all easy to execute, but I believe you get superior results from number 2.  I’ve done them in order on my swatch, and the bump is hidden behind the knit, although my knit is slightly more distorted than in the other two increases.  I also tried doing it with a purl as the first stitch and the knit as the second.  It works, but isn’t that attractive.

Increasing into Front, Back, Front 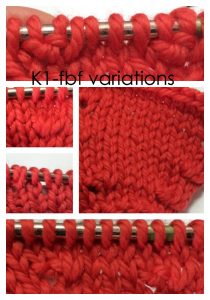 These are just variations of numbers 1 to 3.  Because they are inserting more than one stitch, there is much more distortion–as can be expected.  In my photos the second increase has a much bigger gap below it, but that is likely the result of my taking photos while making it.  Again, number 2 is the nicest looking one.  These are good for using to make bobbles, increase for cable, or any other time you don’t mind the visual “piling on” of stitches.

I like doing these because they have a nice rhythm. There are applications where they are perfect, like bobbles, but they are going to leave a gap at the base. The gap isn’t too noticeable if only two stitches are added, but when you get to adding more than that it is going to push the stitch open.

K1, YO is actually two stitches, and is used when you want an eyelet.  K1, YO, k1, adds two stitches. By having the k1 on either side of the eyelet, it holds that eyelet in place as a separate stitch.  It can be worked as a knit or a purl. 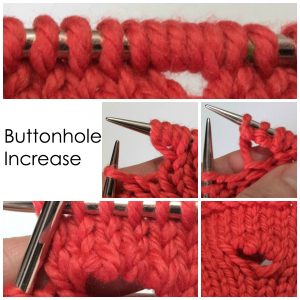 The last version of this does just yarn overs.  This is not going to give you a closed increase.  Look at this stitch pattern (done with 8 yarn overs).  Go into the stitch as to knit, then wrap the yarn the number of times (I did 4) and complete your knit.  On the next row, when you encounter the multiple yarn overs, work in 1×1 rib to create distinct stitches in what is essentially a very long loop of yarn. I think it has a really nice look to it–if you are using that for stitch pattern.