Mitch correctly predicts both traffic and a less than seamless transition from the old airport terminal to the new at the Krakow airport. (See previous diary about national character for why this is both funny and not surprising). I was a little miffed that I had to get on the road without coffee or breakfast, but as we arrive at the airport the driver explains that he will drop us at the old terminal where we will drop our bags, then we will exit that terminal and go to the new terminal to go through security. The bag drop line is long, and seemingly I am not the only one without coffee. I will just say that security is no more efficient or annoying. There is an espresso cart at our gate and there is just time to grab an espresso before boarding a bus to the plane. Mitch and I speculate that the jetways are not yet operational? We find our seats and have an uneventful flight to Oslo. We can see some of Sweden as we fly over and based on the bridge to/from Copenhagen are able to pinpoint the area where Henning Mankell’s Wallender lives. 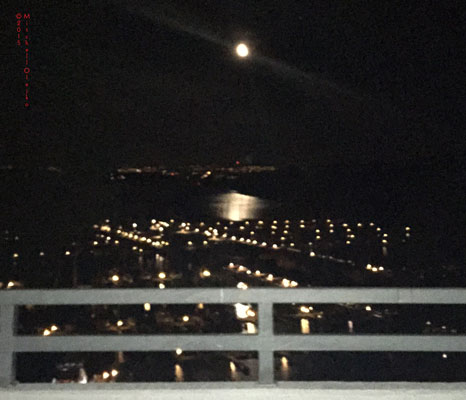 As promised by Gosia, the Oslo Gardermoen Airport is super efficient and straightforward. We did not realize the significance of the duty free shop at this point, so did not properly avail ourselves of it. We do find a handy Starbucks near the portal to the FlyToGo trains where we get a quick espresso drink and sandwich. We get our train tickets to Asker and go to the platform (we’ve been watching the arrival times posted) where we almost immediately board a train. We have a pleasant and easy 45 minute ride to Asker, during which Mitch does whatever he does on his phone and I work on my embroidery. On disembarking from the train I see Tove and Geir down the platform; we make our way towards each other and the visit to Asker/Oslo begins.

Have I mentioned that this trip puts us into five countries and five currencies?* Mitch went off to exchange currency before we went to Starbucks. We started with the British pound (we had enough left over from a previous trip to use for our food at Heathrow). Then we moved on to the Danish Krone, then the Polish Zloty. Now we need Norwegian Krone.

Asker is a suburb of Oslo (approximate population of 58,000, or one tenth of Oslo at 580,000). It is lovely here, but the suburbs are not our natural habitat. The hotel we are staying at is literally four or five short blocks from Tove & Geir’s home.  It is a convention hotel and Mitch has dubbed it “Askerbrook” (because who knows what it is called in Norwegian) after a conference hotel on Hood Canal in Washington state we used to visit. There are not many guests for the weekend. We agree to walk down to their home in an hour or so. It ends up being more like two hours because I do some stuff on my phone (I don’t have cellular, so only have wifi access at hotels).

We find their house (a townhouse much like our San Francisco home) and Geir is troubleshooting some IT problem for his work that has caused the entire sports section of the website to not function (apparently Norwegians too need their weekend sports coverage!). The three of us retire to the wintergarden (enclosed deck) off the living room to chat until he is able to join us. When it is resolved he joins us and they take us for a drive around Asker. I am struck by how much like the Pacific Northwest it looks. Although I’m sure they missed the snow, it explains why Scandinavians emigrated to that area (there is snow in the mountains). In the PNW we did not have the royal summer home, however!

We spend the remainder of the late afternoon reconnecting, but it is quite easy and pleasant. Tove and I met at TNNA four or years ago and have easily reconnected each time she attends. She and Geir visited us when she was at Stitches West one year and we had a fabulous time over dinner. It has felt like we are long-time friends from the outset.  As you have likely guessed, they have excellent English, while we have no Norwegian.

Tove lived in Wisconsin in the late 70s. Prosecco is poured and at the appropriate time we make our way to the kitchen where a local shrimp dinner is put together. These are local shrimp that Tove buys at the dock. We chat as we peel shrimp. Delicious local bread (there is gluten free for Tove) is covered with aoli, a layer of thinly sliced lemons, then piled with shrimp. It is so good I could still be eating it, except I realized at some point that I was the only one still doing so! Like our local crab (which I served them), you have to be there for it to taste right. Much white wine is also drunk. We retire to the living room for more wine and delicious chocolate covered licorice balls. When it is time to call it a night, Mitch and I walk back to our hotel.