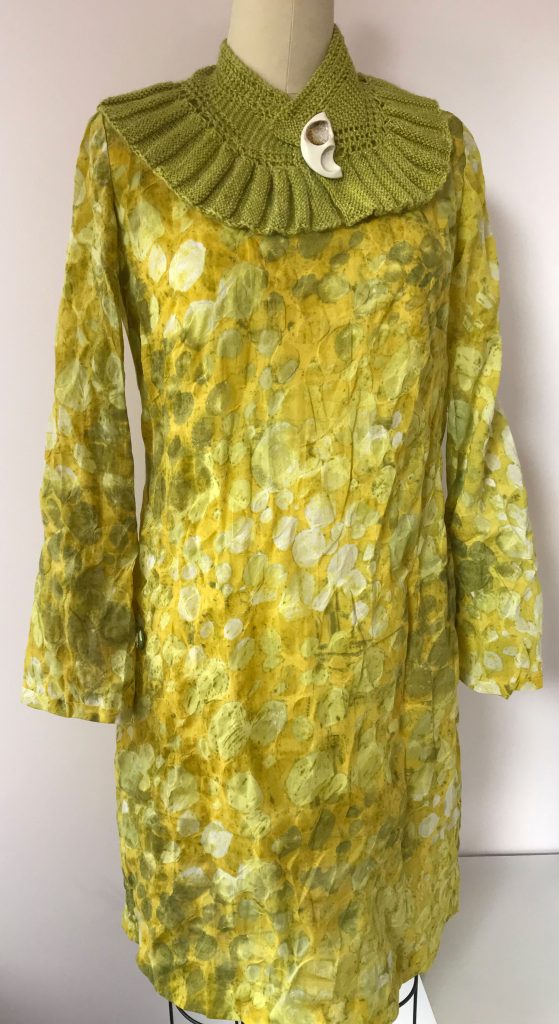 I’ve done some other sewing in the past 12 months, but this is my first sewing project for me, so really it is the one that counts!  I pulled out my sewing machine in my determination to create a pair of jeans that would fit Mitch.  That was a project that I did on Sundays when I had time, and mostly involved a lot of pattern making, sewing a quick fit sample, and then adjustments to the pattern.  I repeated that six times before I had a pattern I was willing to cut out of denim.  But I don’t have a machine suitable for that fabric, and frankly, I was looking forward to my first sewing project for me!

So I cut the denim, and gave it to someone else to do the sewing.  I did a fitting before we went on vacation, and except for needing a slight adjustment at the waist, they fit perfectly.  I realized during this months-long process that I like solving the problems, but wasn’t really interested in hands on participation in the sewing beyond that.

My First Sewing Project For Me!

I’ve thought about sewing again for several years, and I was really inspired by a couple of people I follow on Instagram, particularly @paigemakesstuff.  I’ve seen her work in person and I wanted to do some sewing for myself.  I bought some cool Japanese cotton and decided to embark on a simple dress.  I bought a pattern because I wanted to gauge what would work and how deep into pattern making I would need to go.  I put the fabric and pattern aside during the jeans project.

I cut the fabric for my first sewing project when I cut the jeans in denim.  I changed the sleeve details and the neckline.  I used two sizes, larger on the bottom (I think I used a 14 on the bottom and a 12 on top).  I should have used the lower dart placement for the larger size too, but I changed it after a fitting.  The size was good, but I should have cut a slightly lower armhole too, but the shoulder narrower.  These were all things that were fixable.  Trust me, I was delighted when I put my first sewing project in 20 years on on for the first fitting and it fit with only slight adjustments.  I have always made changes to things, so I didn’t hesitate to make design changes. 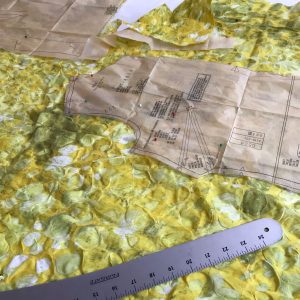 I ended up hand working a lot of the finishing on the bias bands and the plackets because I needed the project to be portable. I bought pinking shears to finish the inside edge of my bias and hems because I didn’t want to add extra bulk of seam tape or folding.

These are my initial thoughts on my first sewing project:

My Next Sewing Project

Things for going forward to my next sewing projects: 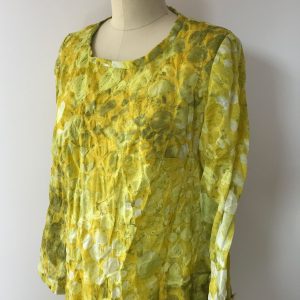 Up next is finishing the sample shirt for Mitch and finding someone who wants to sew a bunch of them for me.  One thing I’ve learned, even about projects I’m handing off, is that I need to have step-by-step instructions.  I have written general instructions, but now I need to go back and make them more specific, and practice things I used to know how to do, like a fancy sleeve placket, making and attaching front pockets and flaps, topstitching (its all about focus), and buttonholes.

For me?  I want to make another dress, but with a little more style.  I think I’ll make something in cotton again, just to build my confidence.  I’m going to get an invisible zipper foot too.