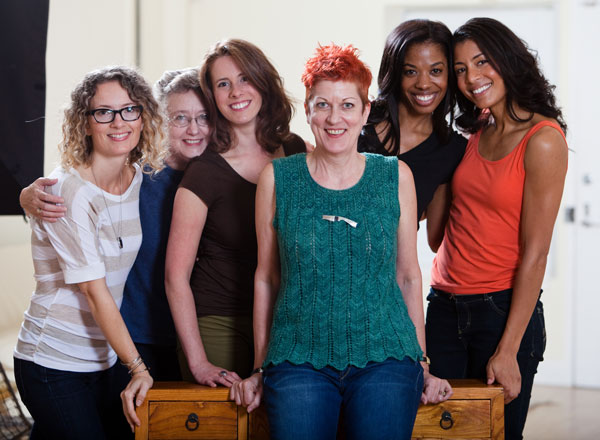 We’ve had our noses to the grindstone here trying to conquer things like the Goddess Collection, and a variety of as-yet-unveiled projects.  We ventured to Oakland on Thursday last week so Nancy Rothstein could work her magic.  Ayelette, Valarie, and Alaina did a lot of work as models–looking lovely while letting my work shine too.  This is trickier than you’d think and requires a lot of all the participants.

Nancy thinks my work is wonderful, and I think it shows in each of her photos.  The models do what they do and I know it is harder than it looks.  They were all gracious and fun, which makes it easier.  I’m just kind of a mess during these shoots.  Linda comes along to make sure we get as much done as we can, and then packs up for me.  I was much more realistic than at previous shoots about what we’d actually get done, so I could still think when we finished.

A funny thing happened on the way to Nancy’s Studio.  I have no sense of direction, and am usually fine once I’ve been someplace once.  But I can’t quite get 580 and 880 straight.  Freeways just don’t make sense to me.  So I got on the wrong one.  But since I’d been lost there before, I actually knew what to do–and we had plenty of time.  I decided to try to save some time by not driving all the way back to whatever street I should have driven to, so then we ended up being close to–but not really knowing where to go to get there.  I decided to vector in and eventually we got the the street I knew we needed to be on, and headed in the direction that seemed illogical, but I knew would be the right way because it almost always works if I just do the opposite of what I think I should do.  I didn’t bother to ask Linda how she felt; most people are not as used to being lost as I am and they find it unsettling.  But I was right, and South Athol soon showed itself on our left.  Then it was three blocks and there we were.  Fifteen minutes ahead of plan.

We unpacked and got organized and I chatted with Tracy who had a knitting question.  Turns out she is also a photographer, having gotten there from being a biologist.

My first model arrived on time.  Can you believe how cute this boy is!  I’d met his mom at an all-day meeting, and we are Facebook Friends so I had seen tiny photos of Marshall.  I needed a boy model.  We worked out the details for his best time of day, and Caroline is a graphic designer, so she came equipped with a variety of onsie options based on photos I’d sent her.  Marshall was so sweet, and the photos are just adorable.  He gave us his best 20 minutes and then he wanted to take advantage of all the wide open floor in the studio.  Here’s a sneak peak.  Seriously, he did not fuss once. 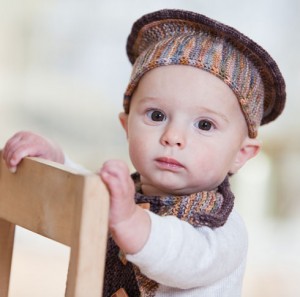