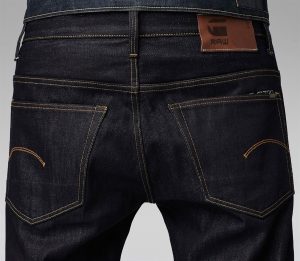 Poor fit is killing fashion as I have known it. I have been aware of this for several years, but yesterday it kind of slammed me in the face. I had the strangest feeling of being completely irrelevant and flat.

Mitch and I went to look for a new pair of jeans for him. He is tall and still slim, but doesn’t like tight things. We know we are middle aged and are willing to be appropriate, but don’t want to be dumpy.  We have been on the lookout for a pair of jeans with something better than a poor fit for a few years. Between skinny cuts, low rises, and the horrible shape of the butt, this has been impossible. After I explained to him the reason for the poor fit, he has been even more critical than before.

Always, we end up buying something because we both wear jeans more than anything, poor fit or not. This time, we were trying to decide on one pair, and he looked down and said, “these are $250!” and we decided we needed to step away. I have recently bought jeans for about half of that, but I don’t love the fit (although it is better than my previous jeans) either. They fit nicely in the butt, but the crotch is so off that when I sit it pulls them down, then I am constantly suffering from saggy butt or having to realign my pants.  On the other pair I can actually feel how wrong the inseam is when I walk. They both have more spandex than they need. 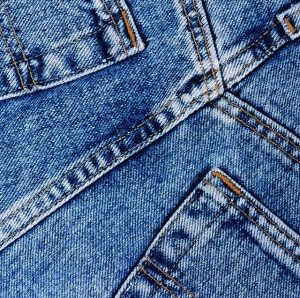 For those of you old enough to remember when fit was key, the way jeans (first they were dungarees, then jeans, then denim, then fashion denim) made their way into our hearts was all based on fit. For years we got the fit from the way the jeans were patterned, and how the resulting cut worked in the fabric.  Always made of 100% cotton denim, jeans were meant to be “broken in” to achieve an excellent fit.  The twill fabric is slightly flexible and the curve of the back crotch allowed the fabric to shrink to fit; that is to shrink to fit your particular back side.

At some point it became fashionable to have our denim pre-washed. That crucial “breaking in” phase was outsourced to huge washing machines and various substances and objects that were used to break down the fiber until it had reached a comfortable state.  It wasn’t quite the end of good fitting jeans, but it is a contributor to poor fit.  For many years after that, the patterning of the fit continued to be the key focus of denim, and it achieved fits we loved–despite garment washes, acid washes, whiskering, and all the other washing things that happened.  Then the patterns began to change and poor fit became a thing.

Poor Fit is Both the Leader and the Follower 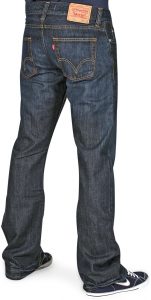 Sagging jeans began to have an impact on denim fit sometimes the 90s.  The major purchasers of denim no longer needed to have jeans that fit their butts.  Although my generation is larger, we were then at an age where we didn’t buy clothes as often, and we weren’t cool, so we became a fashion afterthought.  I’m fine with not being in the fashion forefront, but I am feeling more than a little put out that poor fit is killing fashion denim.  I used to think it was our phones, but I think there is plenty of blame to go around.  Maybe the fact that we are looking at our screens, and not at anyone’s butt, or style, is the ultimate killer, but ultimately, fashion denim just isn’t well done any more.

We want fashion denim as part of our fashion. Fashion makes us feel good, but it changes too quickly, and there a complete disconnect between price, utility, fit, and function.  I have skills in pattern making and I’m going to try to make a pattern that will fit Mitch. There is awesome denim available in the sewing marketplace, so I guess we’ll try that route. Sadly, I haven’t sewn much in the past 20 years so I think I’ll still have to get them made by someone else, but at least I can make a fit sample.