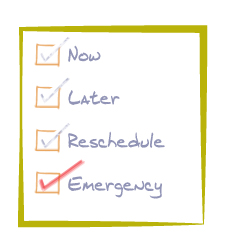 Do you feel like you are the procrastinator-in-chief? I am. I’ve taken on a different view of this tendency to put things off, but it does require some explanation. There are times it is just flat-out procrastination, but sometimes it is something else, but we attribute it to procrastination.  Do not confuse procrastination with with perfectionism, although it is often an element.

Perfectionism stems from a need to do things perfectly, usually for reasons that can get in the way of doing it at all.  If you think you are a perfectionist, you may like to look at this article. I am a recovered perfectionist, so I have tendencies, but really, I just don’t have the energy any more.

Procrastination is the hallmark of those who, in the face of a difficult task, will choose to do almost anything that requires less effort. A procrastinator intends to do the task, later. A perfectionist is tackling the task, but not getting results that meet their own personal standards or requirements, so cannot bring their work to a satisfactory close. The result can be the same.

Who is the Procrastinator?

As a teacher I found 50% of my students were procrastinators, while 25% were diligent workers, and about 25% were perfectionists.

Diligent workers, which is what we should all strive to be, would just slug away, putting in the time and effort, even if they didn’t always get the results. Their constant work would end up yielding great things. It was a bit like sculpting from stone.

Perfectionists sabotaged themselves and failed to complete things. The perfectionists and I would often end up out in the hallway, with them in tears telling me why they couldn’t move forward because their work sucked. Most of them were doing A-level work. There were times I sent them to counseling, but often, as we faced a deadline, I explained to them the value of good-enough. I knew they didn’t believe me, but it would sometimes get them moving. That, and my assurance that I would love to see them again the next quarter, because I would flunk them.

The 50% procrastinators wanted to do the work, they could just never find the time, or were doing it at the last possible moment. They tended not to have a plan. Procrastinators always had good intentions, but usually had a hard time prioritizing their work. Procrastination often seemed to stem from uncertainty. I could usually tell when it was a process issue or a real procrastination problem. Most of us have process issues. There were times when all I had to do was to make a list for them, make them sit down and prioritize, and they could do the work.  Those who could be forced into making a plan were much more likely to fall towards being diligent.

Being a student teaches us to procrastinate. Students are fighting a learning curve, externally imposed deadlines, and usually too many things to distract (socializing, families, jobs, other classes, just to name a few). Add social media to that and you have a recipe for disaster.  Sadly, it is the recipe most students now cook with.

I do not want to have anyone think that I am not a procrastinator. If I don’t want to do something, I have an untold number of things that I can and will do instead. Mostly not procrastinating ends up being mind over my own basic impulse to avoid difficult things, whether it is writing a blog post, a book, or making a phone call. They are equally huge hurdles if you don’t feel like doing them!

I find that when I am not doing something I want to do or want to get done, it is because I just don’t have enough information or clarity. I cannot do anything until I’m ready. 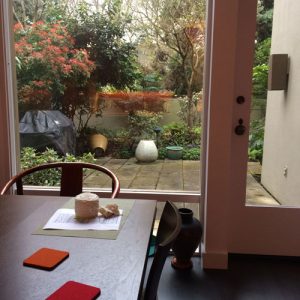 I take photos, then leave the set up at an unused end of our dining room table

These are my solutions, all of which have to be knowingly employed:

These are other things I do which you may find more difficult: 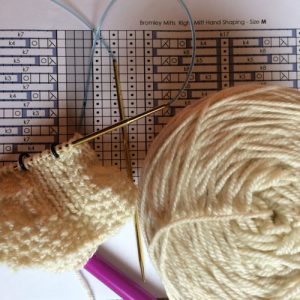 I have no idea why it is so burdensome to wash my reading glasses that I will wear dirty ones rather than take two minutes to do it.

In full disclosure: This blog post was written while I procrastinated on another project.