I want to catch you up on a new Sheepspot Yarn Club project, and share about some other projects old and new.

Members of the Sheepspot Yarn Club get an email that allows us to choose one of two yarn colorways. I chose one called Fall Birch. I chose it for a lot of reasons, but mostly because it looked like it would be a bit of a challenge. 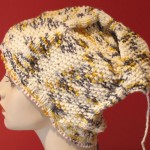 A couple of weeks later I got an email from a yarn shop that sells my patterns. They were wanting to buy a pattern which isn’t mine–it belongs to my sister who no longer sells patterns. When the Sheepspot September yarn came, it became clear that Fall Birch Suffolk Worsted would be perfect to make a hat.  So that’s my plan.  Make a prototype, then write up the pattern for the yarn shop. The original hat was based on one I’d made but had never written up. The yarn is the weight of the old pattern, so it seemed a perfect way to use the yarn.

I am doing an Ear Flap Hat with some modifications which may or may not go into the actual pattern. We’ll see how I like it. I am working top down, so I had to put it onto waste yarn to see if it was the proper length. Mitch looked over at me with the hat on my head. He was shocked when I asked him to hand me the iPad. I explained I just wanted to use the camera to see how it fit–to save me having to run downstairs to a mirror. We had a good laugh. 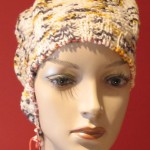 I decided to leave the WY in when I returned my stitches to needles–it was sport weight cotton–so as I proceeded with figuring out the flap part of the hat I would have the exact place to rip back to if I needed to rip. I am worked the trim and the ear flaps. I’ve thrown in short rows and am anxious to see if I got the desired result. 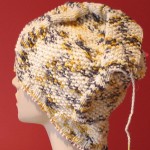 The trouble with head models is they don’t have hair, which makes them completely unsuitable for figuring out if you’ve got the proportions right.  I’ll try this on again, this time in front of a mirror. 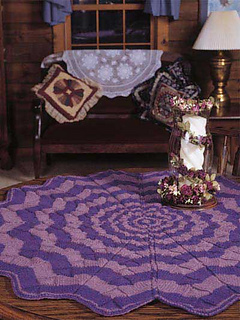 Herringbone Pie Throw: Every publisher is looking to maximize their back catalogs of patterns, but I was surprised to see Herringbone Pie Throw, from a book I contributed to and was published in 2001, come up on my user activity on Ravelry. I don’t know how long the pattern has been available, but it got a little traffic which brought it to my attention on October 25. I had to laugh, because it is a stitch pattern that I have used since then. It appeals to me in lots of ways. 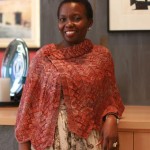 I used the herringbone stitch pattern also seen in the Herringbone Pie Throw in Tuscany Capelette and it’s little sister, Umbria. I used diminishing stitch counts to create the shape of the herringbone pie.  The throw is done in quarters; this allows for easier knitting in my mind.  It remains more portable, and could be easily worked from the outside in. For both Tuscany and Umbria, I added beads, although that is optional. 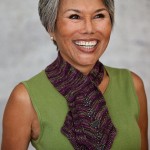 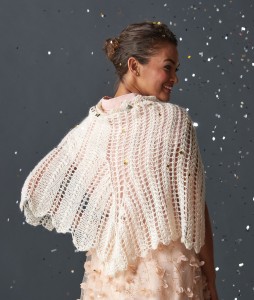 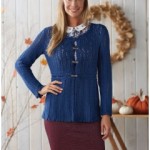 Empire Cape: The next day, October 26, the Empire Cape, which is in the Winter 2015 issue of Love of Knitting was put up on Ravelry by Love of Knitting. This is usually the first I know that things have published. The razor stitch used in the Empire Cape is a stitch pattern very similar to the herringbone. The stitch pattern can be done with a varying number of stitches, but tends to give a very different look when the stitch number changes. This is nicely demonstrated in the Empire Cape. Razor is a two-row pattern, where the herringbone is multiple rows. I have used the razor stitch in several designs too. Check out Sterling Valley and Silver Valley, Victorian Lace Cardigan, and Empire Cape. I’m working a new variation on the Sterling/Silver Valley top too! 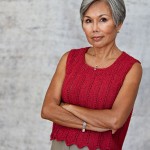 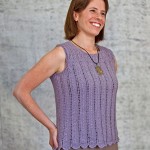