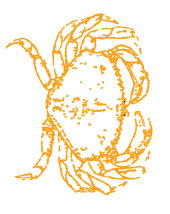 So I’m sitting with my mom in our living room on Saturday afternoon, pre-dungeness crab dinner prior to going to a play at the Magic Theatre.  Mom is reading the weekend sections of the Wall Street Journal and I’m knitting a swatch.  Mom says, apropos of nothing in particular–we’ve already discussed whether or not it is worth it to pay $575 for strappy heels (we are both in the no! camp)–that she has only one regret.  I ask her what it is.  Mild trepidation.  She’s 91.  She takes pain medication for crippling peripheral neuropathy.  Who knows?

Well Jane regrets that she never went to New York City.  Okay, that’s fair!  We talked about doing it when she seemed really interested in 2012, but with my schedule, and her health, it just didn’t work out.  The last trip we took to Tuscany in 2011 was pretty hard on her.  She was just worn out for too many days and her ankles looked like they would explode.  I realized, just before we left, that I needed to sleep in her room to help her in and out of bed during the night.  She took a couple of spills while there (minor) and, while in my mind I could show her NYC, the reality is I just didn’t have it in me.  Remember, I chose not to have children.  This is not my sweet spot.  I try to always be gracious, thoughtful, and encouraging with Jane, but I know I can do it because I almost always have an out.  I don’t have to dress her every day, or help her bathe, or whatever the CNAs do for her in assisted living. The thought of getting her in and out of cabs, tour buses, or limos (I am a master at collapsing the BC pink walker), in and out of restaurants, museums, etc. is just more than I could commit to doing.  Even if I thought it made any sense for her to fly–which I don’t.  So, I can’t fix that regret and I’m okay with it. 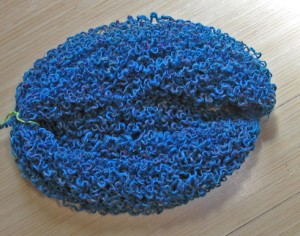 Today we took apart a sweater that we finished a while ago.  I wasn’t happy with the fit of the upper part (fairly important) and had outlined how to fix it last night.  Cool thing, and really the only reason I’m mentioning it, is that it also occurred to me that I could document what it looks like now and what the measurements are now, with my camera, so I would have visual references as I rework the upper body and sleeve caps.  So I’ve got pictures.  As I said, I’ve outlined what needs to be done, and we’ve ripped back, and we’ve ripped out my swatches in case I need the extra yarn.  So tonight I’ll reknit the upper back.  I’m going to wash the yarn from the swatches.  I have a good idea of why this went awry and how to fix it, so I’m not really too trepidatious about it.  But I do hate to redo.  I prefer to fix it early rather than having to go back when I am over a project.  Knowing what I need to do makes this pretty straightforward; hoping it won’t be frustrating.

Note:  1) It isn’t an affectation that I call my mom Jane here.  She is pretty adamant that she is only Mom to her children; I do it out of respect that she is still an individual.  2) Although many tasks requiring manual dexterity are beyond her, Jane can still pick crab from its shell.  3)  Jane recently knit four face cloths for her expected great-grandson.  She also regrets that it isn’t going to be a girl (but not as much as his mother–he’s the third boy). 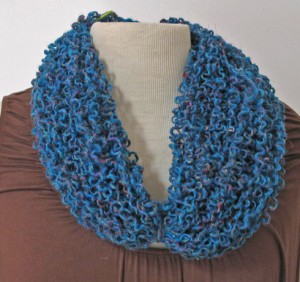