What do you do with swatches? First you have to make them, so this might be irrelevant to you if you don’t!

For years I have just thrown swatches into drawers that weren’t being used for other things. I would occasionally sort through them, file them, and save them. Ultimately some always do get thrown away. I think of my swatches as small research tools so I am often reluctant to let them go. 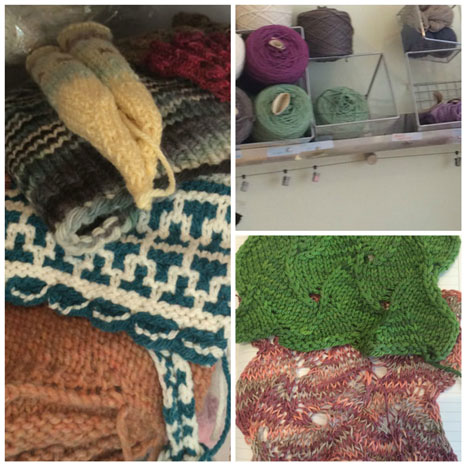 What to do With Swatches

Now I don’t have those extra drawers, Riin Gill recently asked what I do with my swatches, so it seemed like a good topic to discuss here.

I have many levels of dealing with swatches. 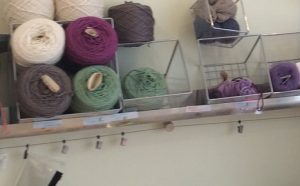 The last level is hard to get to. It is harder if it is a design or class that I might need something for later on. I have an entire file drawer of swatches related to classes or other teaching. 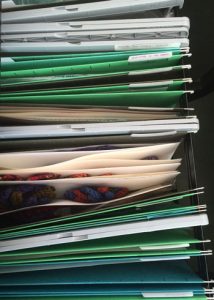 But like books, I don’t go back to swatches that often. Those that I do want to go back to need to get filed into a notebook (and I have more than one!) or put into the drawer. I use Circa or Arc notebooks which allow me to build my own, and they have fairly flexible design, so the fact that they have this three-dimensional stuff in them isn’t a problem. It does sometimes make it a challenge to file them nicely.

A swatch hanging out in my knitting box are the ones most likely to get thrown out. For some reason they didn’t thrill me when I made them and didn’t get put into active consideration. But sometimes I make a them and just forget, so I always have to check on them.

I have always been mystified by people who want their swatches to be something else. I think they are just research materials, but I really try to think up small projects that I can include in patterns for those who don’t get just making a swatch.

I have unraveled swatches when I needed the yarn to finish a project. I told Riin I would sooner put a stick in my eye than make a “swatch blanket”. I think just take whatever your swatch offers you. Hold on to it as long as you like, and then be done!